The President of the African Development Bank (AfDB), Dr. Akinwumi Adesina, will lead a delegation to the Forum on China–Africa Cooperation (FOCAC 2018), taking place in the Chinese capital, Beijing, September 3 – 4.

The theme of this year’s summit, which will be chaired by Chinese President Xi Jinping, is, “China and Africa: toward an even stronger community with a shared future through win-win cooperation.”

Meanwhile, Adesina has taken the case for expanded partnerships and investments in Africa to the Netherlands. During a three-day visit last week, he met with government officials and private and public sector business leaders and affirmed the accord between AfDB and the Dutch government’s development agendas and foreign policy.

A release from the AfDB said the bank’s president will be actively involved in the plenary sessions, and other private sector and media engagements on the side-lines of the summit. The sessions include the welcome reception, the opening ceremony of the high-level dialogue between Chinese-African leaders and business communities, and the sixth Conference of Chinese and African Entrepreneurs.

FOCAC leaders, members and representatives of related regional and international organisations in Africa and beyond will attend the forum.

The statement said on Tuesday, September 4, Adesina will participate in the high-level dialogue between Chinese-African leaders and business communities and the sixth Conference of Chinese and African Entrepreneurs. He will also join a panel session of public and private sector leaders discussing the topic, “Advancing Industrial Cooperation for Win-Win Development”.

The AfDB president will use the opportunity of the summit to engage with key international partners of the bank – senior officials of the Chinese government and Chinese-African business and commercial leaders. He will also meet senior Chinese banking sector officials. The engagements will be an opportunity to promote AfDB’s High 5 priorities for Africa and to pitch the investment case for Africa.

At a meeting with Minister for Foreign Trade and Development Cooperation, Sigrid A.M. Kaag, in The Hague, on August 29, Adesina encouraged investment in Africa and commended the Netherlands for its support, which has extended to legal systems, water, food and nutrition, and gender. He also congratulated the government for its development policy, which emphasizes global fragility, gender and climate.

“Africa is growing economically. Foreign direct investment is on the increase. This is due to political stability and improved governance. Africa is open and ready to do business,” Adesina said.

The bank is planning a landmark investment marketplace event in November 2018 in Johannesburg, South Africa, to attract investment and capital for development projects in Africa. The Africa Investment Summit (AIF) will convene project sponsors, borrowers, lenders and investors, necessary for accelerating investments in Africa. The three-day transactional event will unite global pension funds, sovereign wealth funds and other investors. The AIF will also bring together a network of financial institutions with instruments to de-risk the selected investment opportunities. 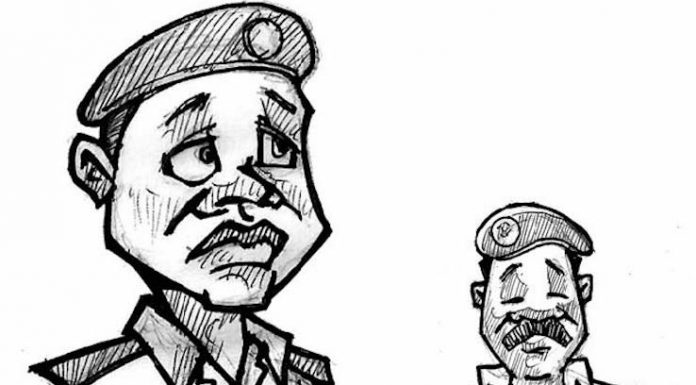 COVID-19 AND ATTACKS ON POLICE PERSONNEL